Editor’s Note: Tenkara can be wonderfully simple – a rod, a line, and a fly – however, it doesn’t mean it has to be boring or spartan. In this article originally published in the Summer 2016 issue of Tenkara Angler, Robb Chunco of Creekside Kebari + Fly Co. puts a twist on what we might otherwise recognize as a “classic” sakasa kebari.

Being a “modern” tenkara fisherman in America is kind of a funny paradox. Here is a fishing style with origins hundreds of years old from the other side of the planet.

Deeply rooted in tradition, but for the most part using technical, modern equipment like carbon fiber rods and fluorocarbon lines instead of the bamboo rods and horsehair lines of the style’s originators.

I don’t subscribe to the “One Fly” way of thinking. Sometimes you need a certain pattern to fish a particular stretch of water. 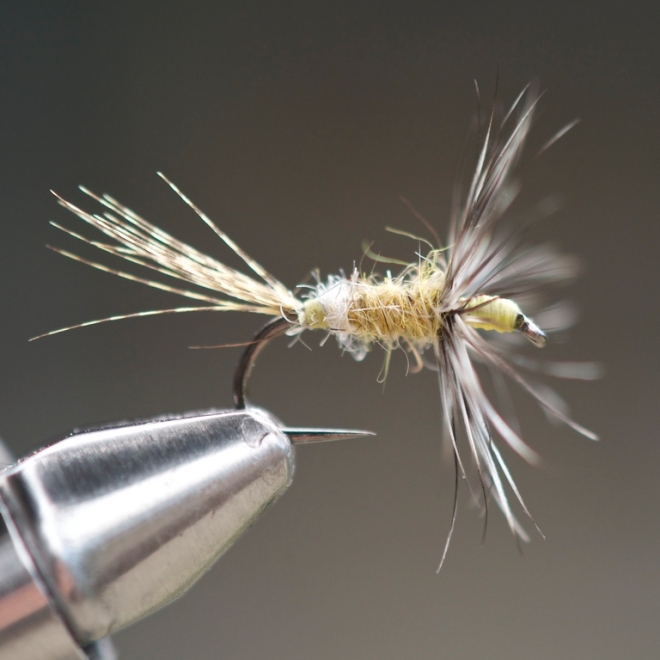 I like to tie and fish tungsten nymphs, western dry flies, and the ubiquitous Sakasa Kebari. They all work, and they’re all fun to fish. To me, “fun” is a large part of why I fish.

Clear your head, test your skill and have some fun – we don’t need to make a living off of our catch the way the originators did. It’s purely recreational for us.

The ancient Sakasa Kebari patterns of the different regions of Japan were, for the most part, tied simply. Usually just hackle, hook (homemade from a sewing needle) and some thread. Quick to tie and highly effective. Still are.

But since we are a recreational bunch these days, why not branch out and have some fun with our fly tying? Why not (GASP!!!) put a TAIL on a Sakasa Kebari?

Surely the purists may balk, but what have you really got to lose? Nothing at all, that’s what.

Mix it up a bit and have fun!

There are no recipes to be given for these flies. They’re very simple ties. Hen pheasant or grizzly hackle, a dubbed body and some type of tailing material. 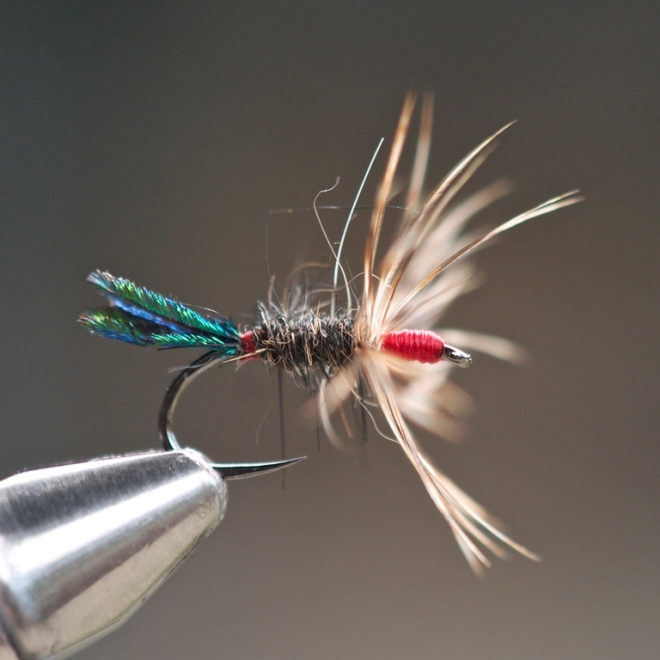 Just about anything can be used as a suitable tail. Saddle hackle in any color, golden pheasant tippets, wood duck, peacock sword, Antron – the list goes on.

Just remember to keep the proportions in check. A tail is usually no longer than the shank of your hook, but again – this is about having fun, so if it looks good to you then give it a shot!

And guess what? The best part is, that they will catch fish. 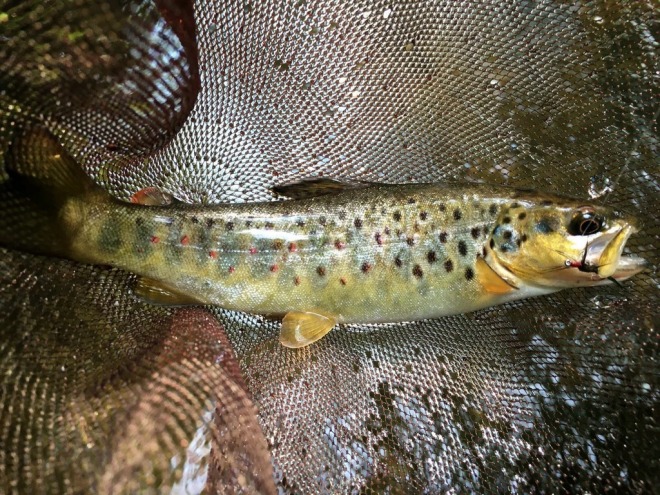 If you enjoyed this article by Robb, you can check out more of his flies at Creekside Kebari + Fly Co.